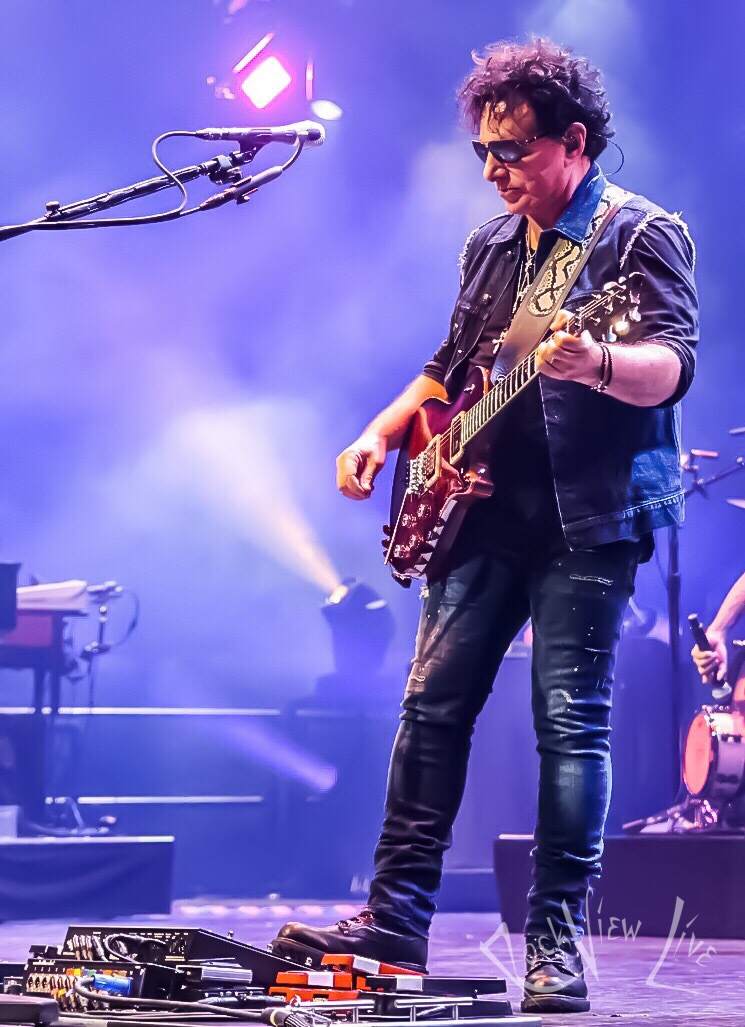 By RockViewLive in Live Review on June 12, 2018
No comments

As the lights went down in Philly, the lights went on at the Wells Fargo Center as Journey took the stage. Opening the show with Separate Ways (Worlds Apart), Arnel Pineda took center stage and the crowd stood in awe. As a longtime Journey fan this is the first time I have seen them live with Arnel on vocals. I must say that he does an absolutely stunning job and the only one to even come close to Steve Perry.

As as the night continued fans were definitely getting their money’s worth as the guys performed all the classics. On top of playing all the great songs Steve Smith gave a stunning drum solo for the crowd. Also Neal Schon gave not one , but two incredible guitar solos.

Tonight was the first night of the new lighting system and multi screens at the Wells Fargo Center. I have to say this was the best lighting I have ever seen at any venue.

Ending their set set with the song everyone knows  Don’t Stop Believin’ and giving the fans an encore with Lovin’, Touchin’, Squeezin’.

If you ever get a chance to o see Journey live, do yourself a favor and go!

Be Good To Yourself

Ant Way You Want It

Wheel In The Sky