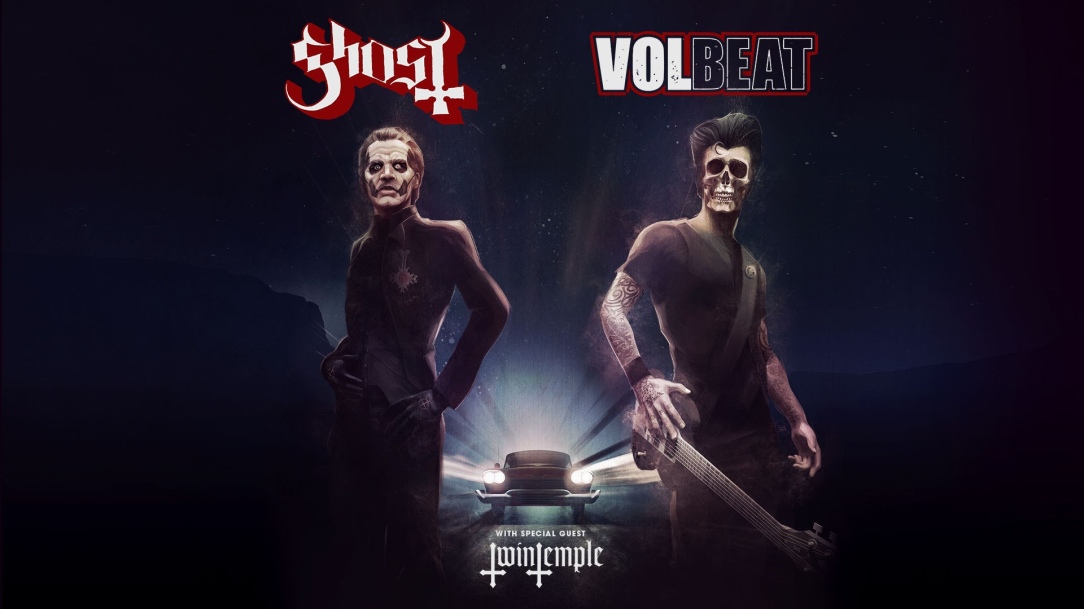 Tickets are available online at www.HersheyEntertainment.com and www.Ticketmaster.com.

Co-produced by Live Nation and Frank Productions, the 26-city tour kicks off on January 25 in Reno, Nevada’s Reno Events Center making stops across the U.S. in Hershey, Pa., Denver, Chicago, Dallas, and more before wrapping up in Anaheim, Calif., at the Honda Center on March 3.

GRAMMY-winning Swedish rock band, Ghost, has elevated themselves to one of the most esteemed and celebrated rock bands in the world today. Three consecutive no. 1 Active Rock radio singles, debuting at no. 1 (Rock) and no. 3 (Top 200) on the Billboard album charts, accumulating well over a billion streams, headlining arena tours, opening stadium shows for Metallica, and gracing magazine covers and television screens the world over are just part of their story. The band’s passionate fan base and critical praise also stems from their ability to constantly be pushing their creative boundaries. Their most recent album “Prequelle,” is loosely based on The Black Plague of 14th century Europe, a metaphor that sadly became a premonition that applies to the societal ills of our times. Though the band’s music at times has dark lyrical content, it never loses its catchy rock edge.

Since forming in 2001, Volbeat has gone from the clubs of Copenhagen to headlining stages around the world, including the famed Telia Parken stadium in Denmark. Over the course of seven record-breaking albums, the band has picked up no. 1 songs, multi-platinum certifications, awards and accolades all over the planet. Their latest album, “Rewind, Replay, Rebound,” was released on August 2, 2019, and has spawned the hit singles “Last Day Under The Sun,” “Die To Live (feat. Neil Fallon)” and “Leviathan.” A live album featuring songs recorded during the subsequent world tour, “Rewind, Replay, Rebound: Live in Deutschland,” was released digitally on November 27, 2020. Most recently, the band shared a “double blast” of brand new songs for the Summer: “Dagen Før (feat. Stine Bramsen)” and “Wait A Minute My Girl.”