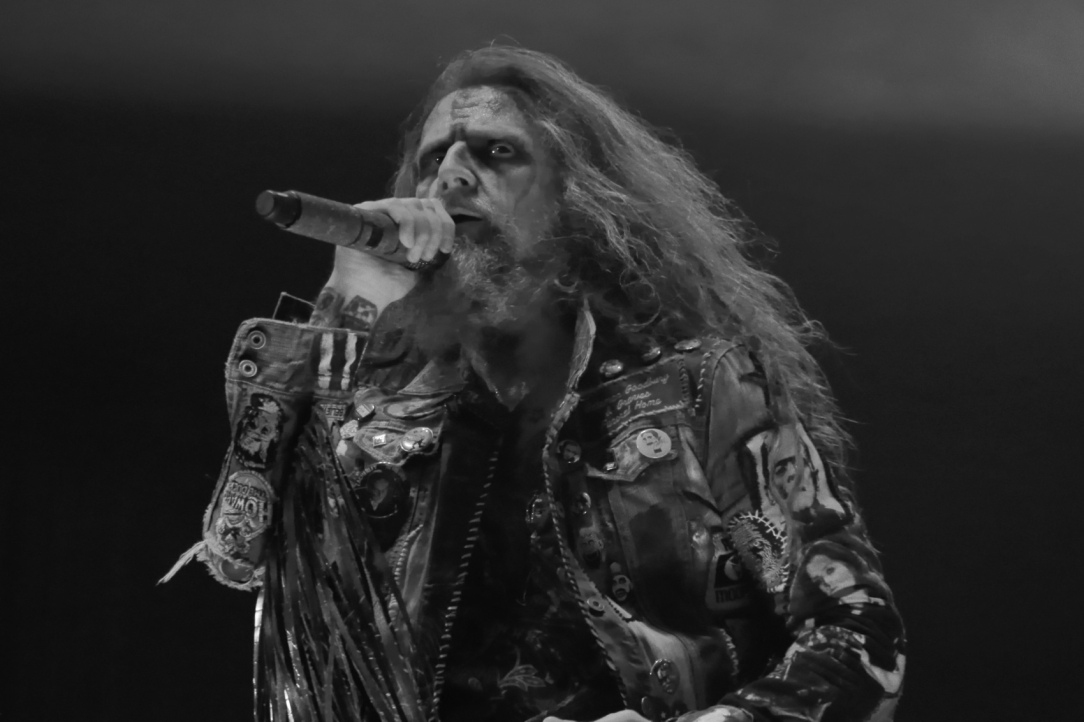 American singer songwriter Rob Zombie took to the road in 2022 for The Freaks On Parade tour. This is Zombie’s first tour since the 2019 Twins Of Evil – Hell Never Dies tour.

Rob Zombie back on the road and brought along an incredible trio of support acts. Heavy metal band Mudvayne is hitting the stage right before Rob Zombie. Static-X and Powerman 5000 were also brought along as direct support.

Guess it’s only fitting for Zombie’s younger brother Spider One to be out on tour with him and his band Powerman 5000. Powerman 5000 kicked off the night and really got things going. Haven’t seen these guys since Summer Sanitarium 2000 and have to say they still put on a great show.

Next up is Static-X and after covering their Wisconsin Death Trip 20th Anniversary tour I was super excited to see them once again. I was a little skeptical of how the guys would do after the passing of frontman Wayne Static. I must say they do an incredible job and new frontman Xero is the perfect man to do justice to Wayne’s vocals. If you’re skeptical like I was just go in with an open mind and give them a chance and you won’t be disappointed.

Well, the one reason that this tour was a no brainer for me was Mudvayne. Mudvayne has been on my bucketlist for many years and honestly thought I would never get the chance to see them live. After not touring for 13 years, the guys from Peoria absolutely killed it and made the wait worth it. Now I can’t wait to see Mudvayne as a headliner.

After the insane set from Mudvayne, I was beyond pumped for Rob Zombie to take the stage. Zombie and the guys put on a hell of a set and can’t believe that Zombie can still move the way does as well as sound so good. I have seen Rob Zombie countless times and I think tonight had to be the best one yet. I haven’t had so much fun at a show in a long time.

1. The Triumph Of King Freak (A Crypt Of Preservation And Superstition)

4. Shake Your Ass – Smoke Your Grass

7. Scum Of The Earth

8. Dead City Radio And The New Gods Of Supertown

10. Well, Everybody’s Fucking In A UFO

15. Shadow Of The Cemetery Man